1. An artist that I like
The artist that interested me was Mouchette. I like the website http://www.mouchette.org/ because I am able to interact with it and I like the randomness to it. The majority of her work pushes the edge to being sexually provocative and it is left to the viewer to decide what the sounds and images mean. 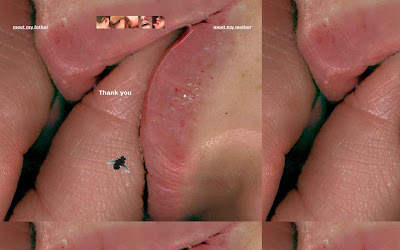 2. A problem with society
Obesity is a current big issue with our society. America all over the world is known for being overweight and we know this too but still don't do enough to fix it. Judge for yourself how sever the problem is. Below are some notes about child hood obesity.
Child Hood Obesity
I. How many children are obese in the United States? What is the trend?
A. Currently, 32 percent of kids and teens from 6 to 19 years of age are overweight and 17 percent are obese. The most disturbing trend is with the two to five-year-old group. In the 1970s, obesity rates were less than five percent for this group. By the 1990s, rates had doubled, but there is wide variability among ethnic subpopulations. For Caucasian children two to five years old, the obesity rate is 8.5 percent; for Mexican American children, 10.8 percent; and for African American children, 13.4 percent.
II. What are the costs children pay for being overweight?
A. Obese children have high rates of depression. In studies of quality of life, obese children scored similarly to children with cancer. Children and teens with obesity have poorer school performance based on grades, successful graduation and nationalized test scores. The vast majority become obese adults.
III. What are the future implications for the health of these children?
A. High risk of heart attack and stroke.
B. Inflammation of the liver
C. Cancer deaths are heightened by obesity.
D. Orthopedic problems
*From Carole Carson's Public Health Care Enemy Number 1: Childhood Obesity
3. Something that I like
I like hip-hop dancing and I am a big fan of Obama. Combine the two and you get an awesome video.
4. Something about the future
I believe that in the future our technology will be advanced enough for us to be able to make machines with Artificial Intelligence. The question is should we allow that to happen? So far the machines we have created have been made to help and improve the quality of life for humans. GM has teamed up with NASA to make a robot called Robonaut. The purpose of this robot is to help and support astronauts with tasks in space.
At this point and time, our technology only allows us to create robots that can move and perform tasks like humans, but not think like humans. Robots are told what to do through certain rules that are programed into their CPU. What happens when we do get the technology to give machines intelligence and allow them to think on their own? Hollywood has come up with many types of scenarios and in most cases the intelligent machines try take control over humans. This can be seen in the Terminator, The Matrix, 2001 Space Odyssey, Etc. For now, I'm okay with advancing our technology, but once machines are given the ability to think for themselves, I am running in the other direction. 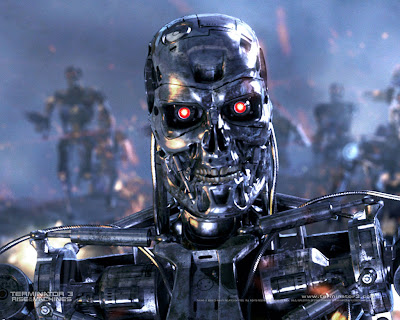